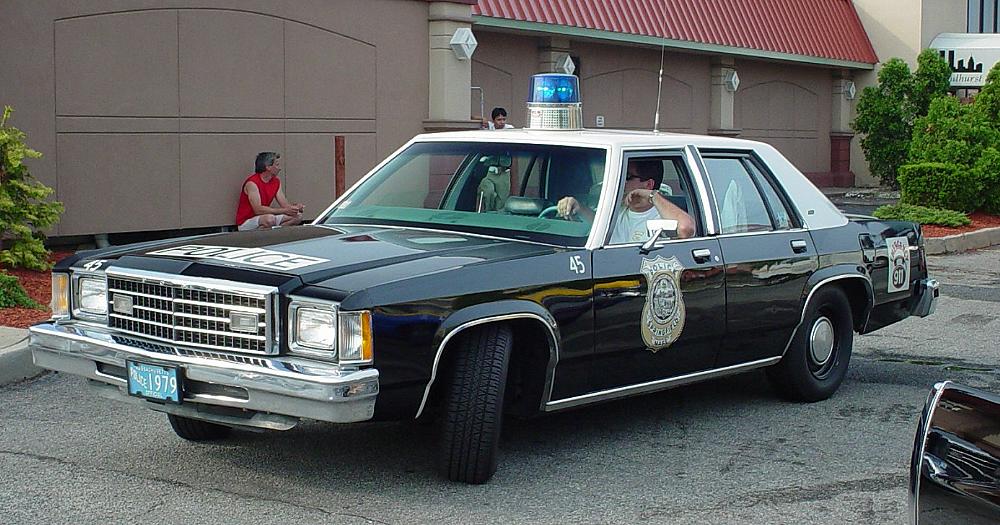 1979 Ford LTD: For 1979, Ford introduced the Panther platform, downsizing the Ford LTD. In comparison to its 1978 predecessor, the 1979 Ford LTD shed approximately 15-inches of body length and 7-inches of wheelbase. Depending on powertrain, the Panther chassis shed over 700 pounds in curb weight. While slightly narrower overall, the body design also led to increased interior and trunk space. The lighter Panther chassis and body displaced the need for the large-block 400 and 460 V8’s. Ford made the metric-displacement 4.9L V8 (302) standard and a 5.8L V8 (351) optional.

1980 Ford LTD: For 1980, trim levels were revised, with the base trim becoming the LTD S and the LTD Landau replaced by the LTD Crown Victoria, with the standard LTD in between. The Ford equivalent of the Mercury Grand Marquis, the LTD Crown Victoria drew its name from a styling element, a brushed aluminum band covering the B-pillar and the roof, influenced by its 1955-1956 Ford Fairlane namesake.

All LTD S models are easily identified by their two headlights (versus four for the higher priced models).

P72 is actually a VIN (Vehicle Identification Nunber) code. Prior to 1981, cars were assigned an 11-character VIN number. The federal government required all vehicles to have a 17-character VIN starting in 1981.

Looking at the cars VIN tag:

The 5th position in the VIN is ‘P’ for Passenger Car.

The 6th and 7th characters indicate the vehicle line. ’72’ is a Crown Victoria, base-fleet, 4-door sedan. This was used to identify police-package cars from 1981 to 1992. This code also identifies all non-police fleet vehicles (Taxis, Service Vehicles, Government, etc.).

1982 Ford LTD: The 351W was now standard in the police models, but unavailable to the general public except for those living outside of the United States. The AOD automatic transmission with overdrive became standard equipment on all models.

In 1982, the entire Ford line was reintroduced to the traditional Ford Blue Oval, making its way onto the LTD’s grille and trunk lid.

1983 Ford LTD Crown Victoria: With the introduction of Ford’s new midsize LTD, the fullsize LTD was renamed the LTD Crown Victoria. This change also did away with the S-model LTD that came with only two headlights. 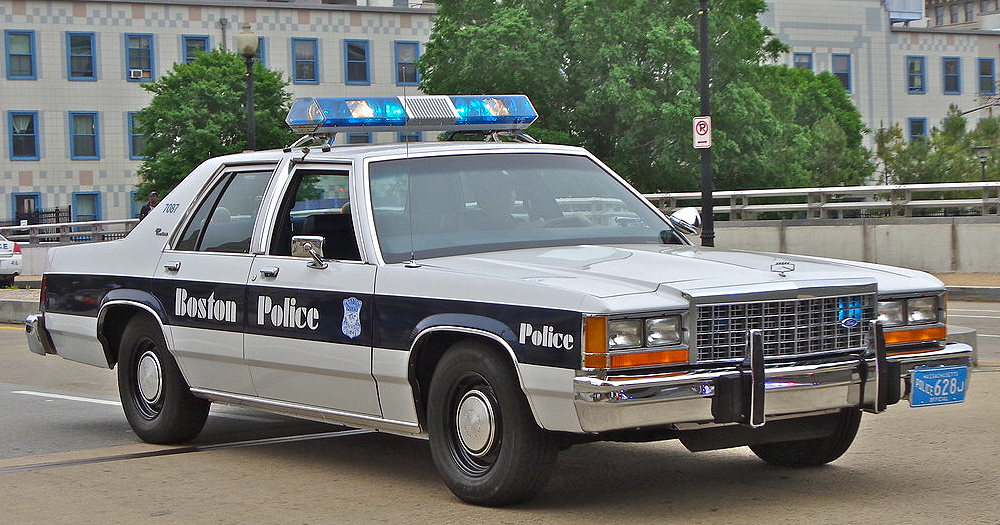 1984 Ford LTD Crown Victoria: EEC-IV debuted on the CFI 5.0L (302) in the Ford, Mercury, and Lincoln lines and the engine received and additional 10 horsepower. The police 351W also picked up a few horses on paper, going from 165 to 180. The AOD received a new valvebody design, for which aftermarket shift kits are available for. 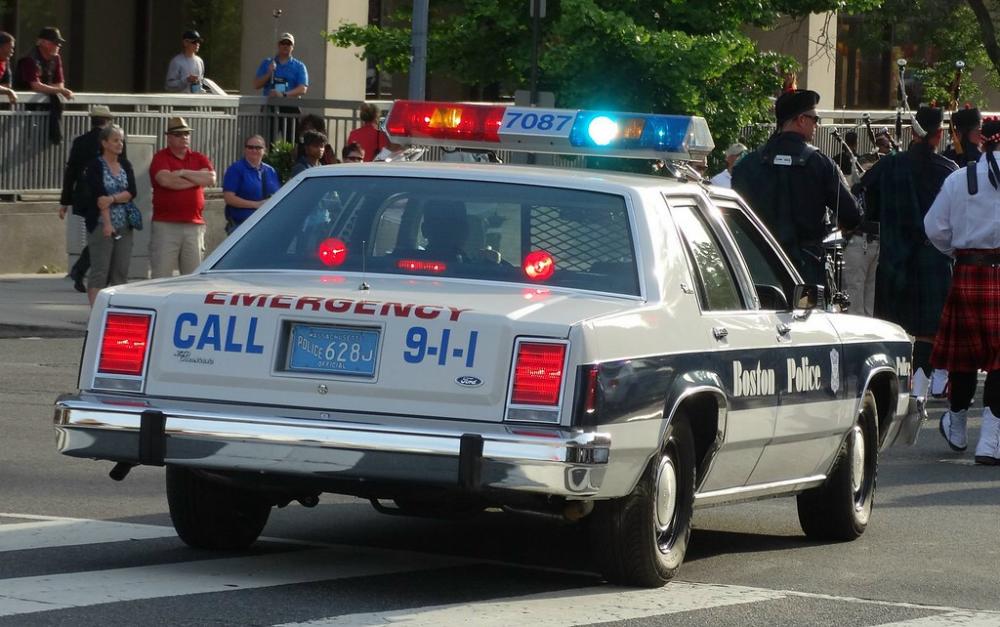 1986 Ford LTD Crown Victoria: Sequential Electronic Fuel Injection (SEFI) became standard across the board (including police and Canadian models). The 351W was now optional on the police models, still sporting its carburetor and MCU setup similar to 1982 models. Roller camshafts and lifters (and compatible blocks) replaced flat-tappet versions in the 5.0L, although the technical specs of the camshaft remained the same. The Throttle Valve linkage to the transmission used a unique, one year only design. This design is said to be a better design than that of the 1987-1991 models (which commonly have issues with the grommet breaking at the throttle body, quickly resulting in transmission damage).

1987 Ford LTD Crown Victoria: An electronic clock, tinted glass, and air conditioning became standard on everything but Ford fleet models (these features could be deleted for credit). Beginning this year, especially on models bound for California, a yellow “Check Engine” light appeared on the instrument cluster, replacing the “Check Oil” light. It is not common. 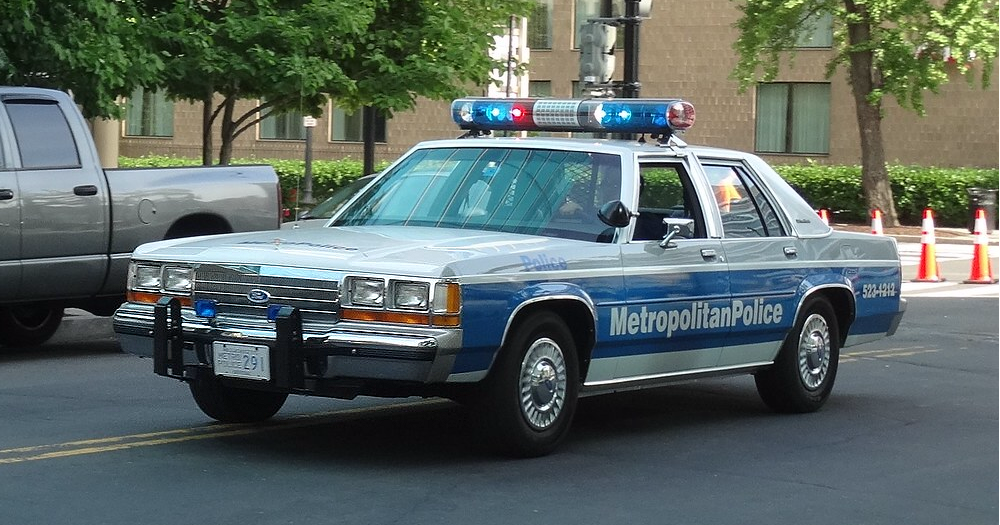 1990 Ford LTD Crown Victoria: The LTD Crown Victoria received drivers’ side airbags, rear shoulder seatbelts, and a tilt steering wheel standard. This went along with a completely updated dash and black background speedometer. Unnoticed to an average driver, the floorboard/firewall design was changed. Crown Victoria/Grand Marquis front door speaker grilles changed design slightly. Crown Victoria/Grand Marquis Turbine wheels began to use argent coloring instead of charcoal. The tripminder was no longer an option on Ford or Mercury models – it didn’t fit into the new dash design. Power windows and locks, along with the deluxe armrests with ashtrays were made standard on all models.

The 351W police models still utilized their variable venturi carburetor and MCU with EEC-II technology from 1979. It is rumored that the 351W police Crown Victoria was the last American mass-produced car with a carburetor. 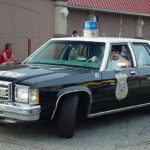 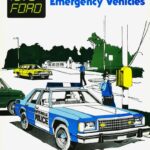 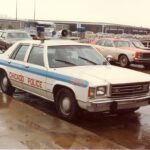 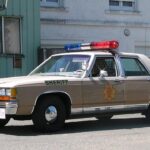 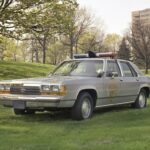 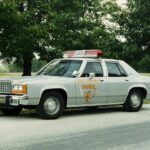 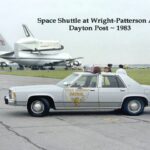 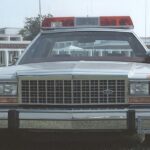 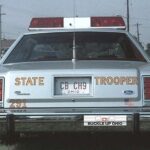 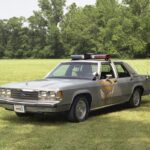 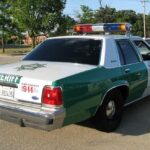 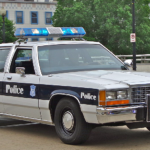 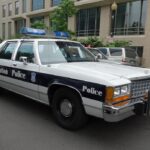 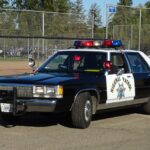 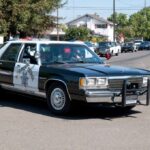 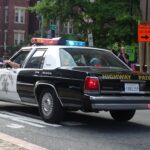 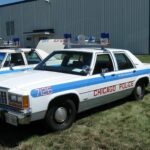 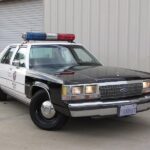 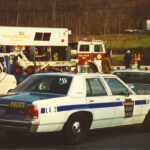 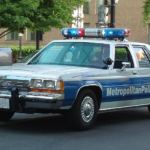 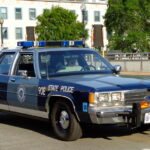 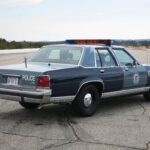 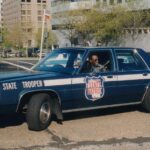 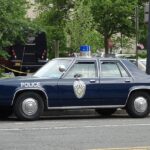