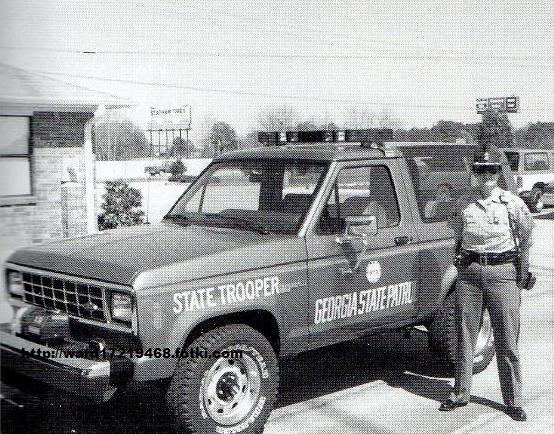 This photo of a Georgia State Patrol (GSP) Ford Bronco II surfaced in an internet search, and the quest to find more information has been slow.

In December 2013 Bobby Edwards (kapracing) got information on every GSP bought between 1983 and 1991. Knowing U14 was a VIN code for the Bronco II, Bobby was able to look through the VIN numbers in the records and found (3) Ford Bronco II’s.

All were blue in color.