This one from a California Highway Patrol Mustang says ‘SPECIAL SERVICE PKG.’. It also tells the assembly line to install ‘BOND STRAPS’ and has instructions on how to paint the car. 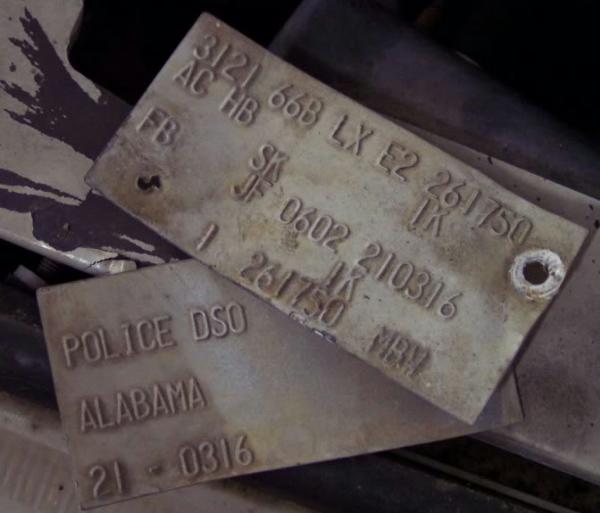 These buck tags from an Alabama Highway Patrol Mustang has ‘POLICE DSO’ and ‘ALABAMA’. 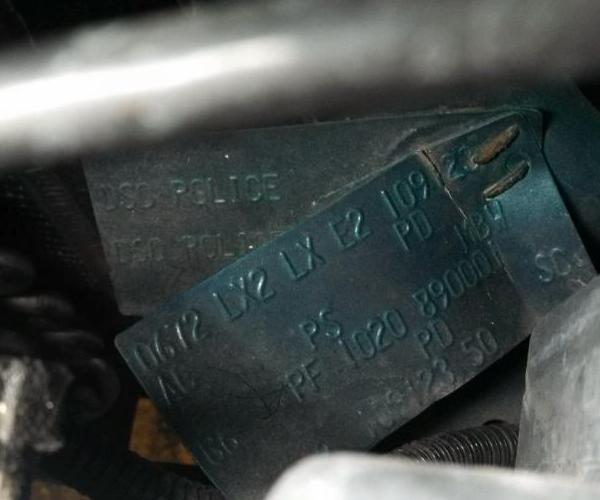 The rear tag on this one just says ‘DSO POLICE’. You can also see how it’s stapled to the radiator support.

Each vehicle that travels down the Ford assembly line receives a ‘build sheet’. Build sheets list specific information about the car including options that were to be installed on the assembly line. These sheets also list the agency that ordered the car, in addition to the other options assigned to the car. Some build sheets have agency specific instructions listed in the comments section at the bottom (or were printed entirely on the back side of the sheet). 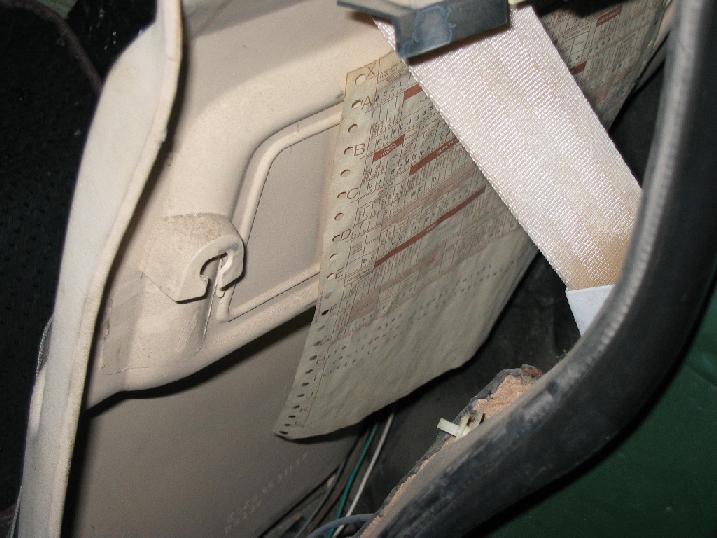 Build sheets have been found in various places in SSP Mustangs, including behind the inside rear trim panels, underneath the carpet on the floorboards, and under the rear seat. Locations of these sheets were somewhat random, and it is very rare for them to survive. On this build sheet you can see that the car was built for the Colorado State Patrol. It also has instructions to ‘Install 140 MPH Special Cluster Assy’. 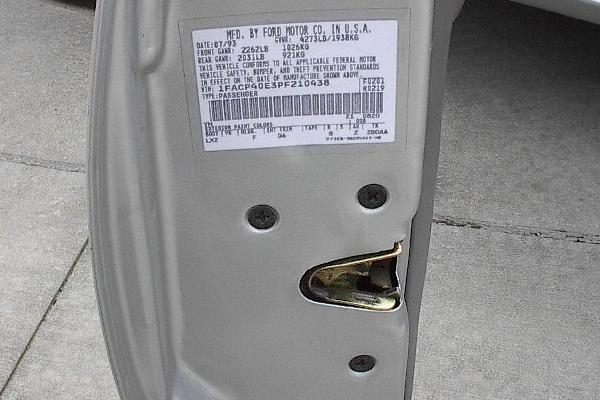 Some people look at the Federal Sticker (AKA Door Tag, Safety Compliance Sticker) for indications that it’s a SSP Mustang. 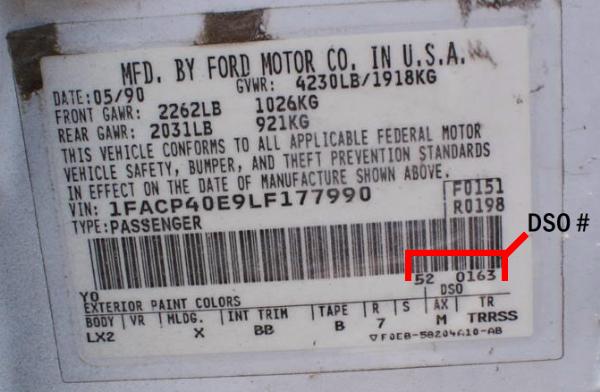 This will give you information about the VIN, year, and color of the Mustang. It also lists the DSO (Domestic Special Order / District Sales Office) code.

On regular Mustangs, the DSO is only a two digit number that is assigned to the regional office (District Sales Office) that originally ordered the car. All special ordered Mustangs, whether or not a Special Service Package, have a six digit number. The first two numbers still designate the sales office, but the last four are the actual Dealer Special Order (DSO) number.

All SSP Mustangs were dealer-only special order units, and will have the 6-digit DSO codes. If an agency ordered (12) SSP Mustangs in one order, all of those Mustangs would have the same Special Order DSO code.

Although the DSO code won’t tell you if it’s a SSP Mustang, it will tell you where the vehicle was ordered from. So if you know a car is a SSP Mustang but don’t know where it served, the DSO can give you a general idea of the region / state.

Below is a list of DSO office codes. Using the first (2) numbers of the DSO code, you can see what office ordered the vehicle.

Marti Auto Works has access to the Ford database, and can print you a detailed report with information about your Mustang. As you can see by this Marti Report, this 1988 Ford Mustang features the ‘Special Service Package’ and was ordered through Jim Click Ford in Tucson, Arizona.

Get your Deluxe Marti Report HERE.

When an agency ordered SSP Mustangs, they were generally assigned consecutive Vehicle Identification Numbers (VIN). The SSP Mustang enthusiasts at specialservicemustang.net have been working to compile a list of VIN numbers of SSP Mustangs. They broke the list down by year, and then grouped them. If your Mustang’s VIN is in one of those groups, it’s a possibility that it could have been one of the SSP Mustangs ordered in that group.

Check out the VIN Project. Some agencies used property stickers to identify their vehicles. Agencies like the California Highway Patrol used a paint marker inside the door to number the vehicle. These can be clues as to the agency, or the number that was assigned to the car. Being A Police Car Doesn’t Mean It Was A SSP Mustang: What is a Special Service Package (SSP) Mustang Worth?