The California State Legislature originally established the California Highway Patrol as a branch of the Division of Motor Vehicles in the Department of Public Works, with legislation signed by Governor C. C. Young on August 14, 1929. It was subsequently established as a separate department with legislation signed by Governor Earl Warren in 1947. The CHP gradually assumed increased responsibility beyond the enforcement of the State Vehicle Act and eventually merged with the smaller California State Police in 1995.

In addition to its highway patrol duties, the CHP also provides other services including protecting state buildings, state facilities, and state officials. The CHP also works with municipal and federal law enforcement agencies, providing assistance in investigations, patrol and other aspects of law enforcement.

The California Highway Patrol is the largest state police agency in the United States, with more than 10,700 employees, 7,500 of whom are sworn officers, according to FBI data.

The agency is responsible for law enforcement on all public roads in the state. Local police or the local sheriff’s department having a contract with an incorporated city are primarily responsible for investigating and enforcing traffic laws in incorporated cities, but any peace officer of the CHP can still enforce any state law anywhere within the state, even though the agency’s primary mission is related to transportation. Furthermore, CHP officers act as bailiffs for the California Supreme Court and California Court of Appeal, as well as providing security at buildings occupied by the State of California.

After the September 11, 2001 attacks the CHP became responsible for securing and patrolling a number of potential terrorist targets in California. These sites include nuclear power plants, government buildings, and key infrastructure sites. The CHP also maintains a SWAT team on 24‑hour stand‑by to respond to any terrorist activity.

1979 brought the CHP multiple vehicle test. That year the CHP put a limited number of Ford Fairmonts, Chevy Malibus, Plymouth
Volare Wagons, and Chevy Camaro Z28’s on the road for an 18 month test. The test led to the purchase of Ford Mustangs in 1982, for use as traffic enforcement cars.

The CHP tried some marked Camaros in 1992, and used a few 1993 and 1994 (and 2001 and 2002) Camaros for truck enforcement. By 1994 however the performance of the full sized enforcement class vehicle (Chevy Caprice and Ford Crown Victoria) was near to that of the pony cars, so the CHP now longer needed to buy Camaros and Mustangs.The 1994 Caprice with its LT1 engine was faster than a 93 Mustang, with faster quater mile times and higher top speed.

The CHP uses other types of vehicles for special units, such as truck enforcement, or for use in areas where cars can go, like off road or mountain areas. Pickup trucks are used for truck enforcment. For mountain and bad weather areas of the state, the CHP has  used vehicles such as Ford Expedition, Chevrolet Tahoe, Chevrolet Suburban, Jeep Cherokee, Ford Bronco, Dodge Ramcharger, Chevrolet Blazer, and  AMC Eagle. 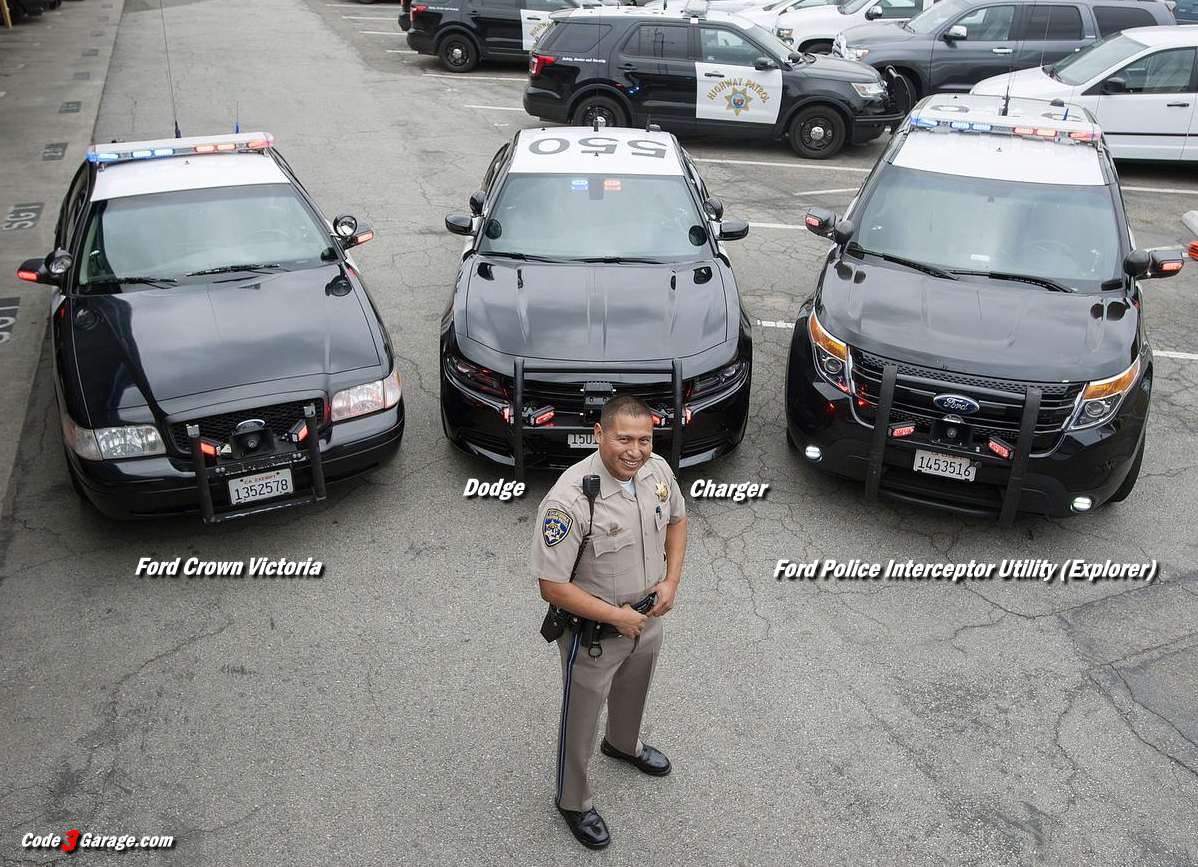 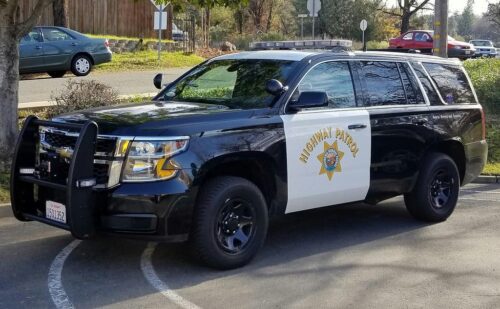 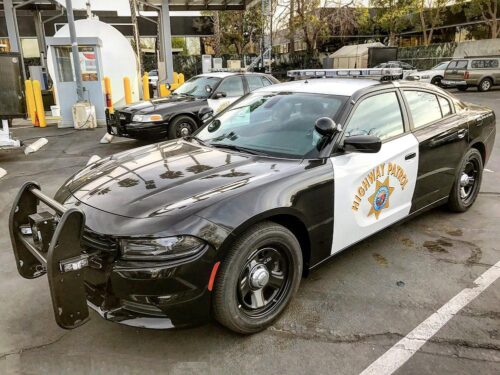 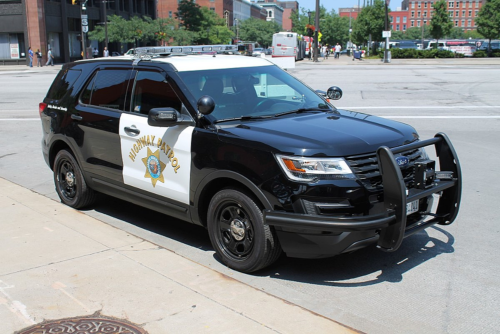 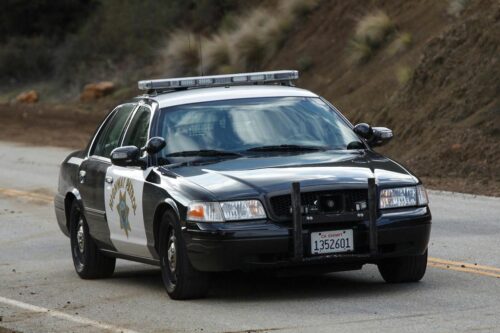 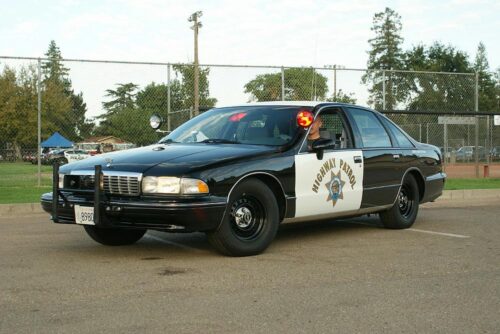 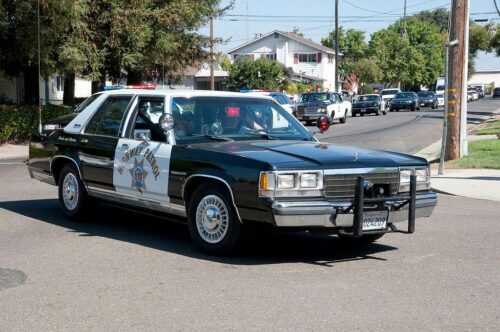 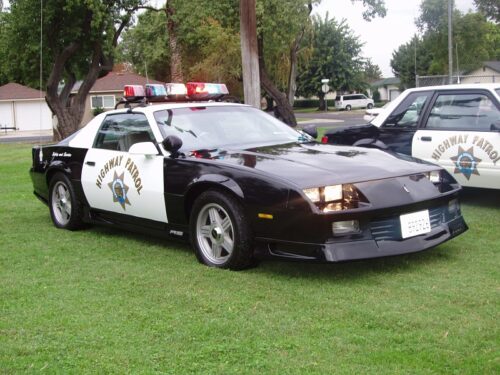 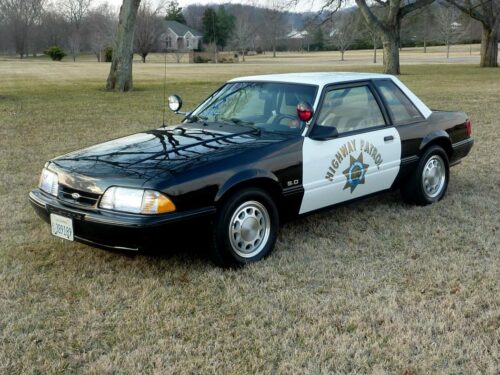 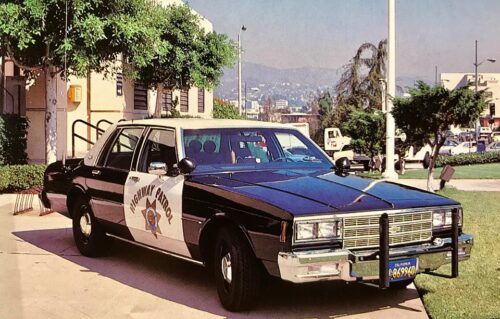 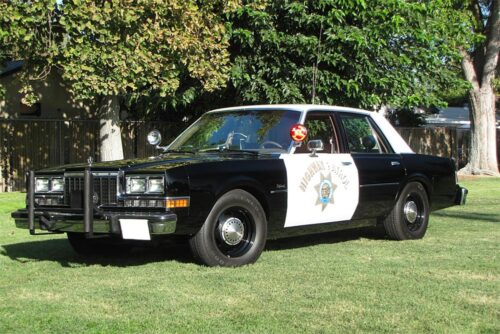 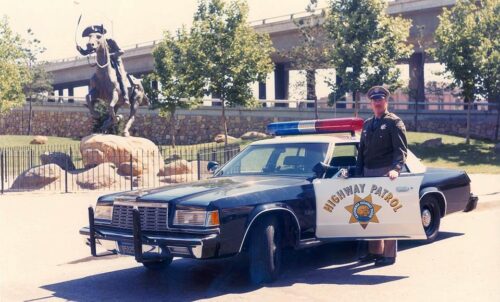 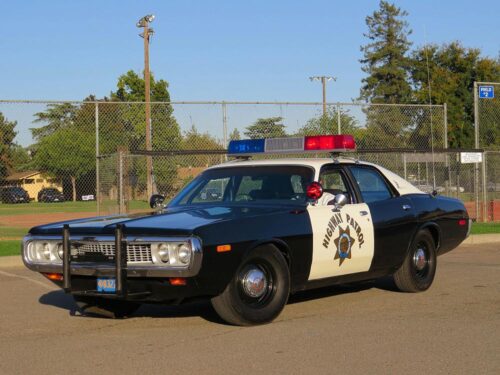 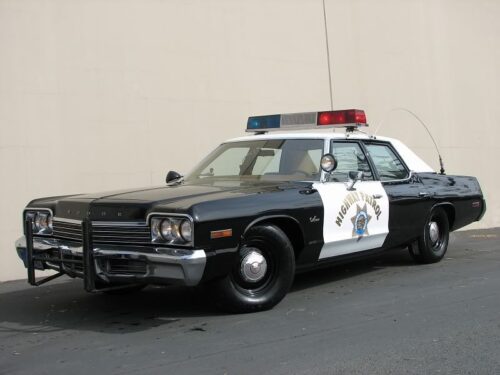 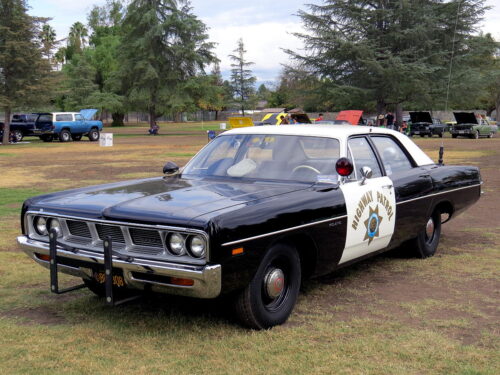 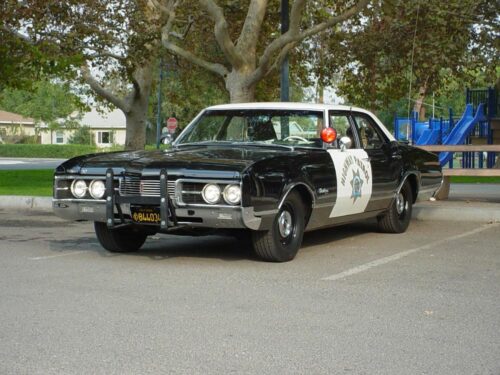