Drive into the next century with B-LINK, the leading field proven technology in automotive emergency warning. B-LINK is a Networked Vehicle Warning System (NVWS) that integrates all light and siren equipment on a vehicle so it works as a total warning system and provides increased safety for all.

Here and there, the topic of the Whelen serial controlled products comes up. I am writing this to provide as much information here as possible to make it a little easier to understand what it can do and its limitations.

Introduced in the 1990’s was the Whelen “BLINK” product. It is now known as part of the “SC” line, which fits in with Whelens two letter designators (HC, LC, SC, ST, etc). Serial components have model numbers starting with “BL”.

Its core market were for large fleet vehicle operations and easy of maintenance of the modules. If a component such as the siren amp failed, all you had to do it disconnect the harness, swap them out and your good go to. Only component that would need to be reprogrammed, if necessary, would be the Multi Purpose Controller (MPC). 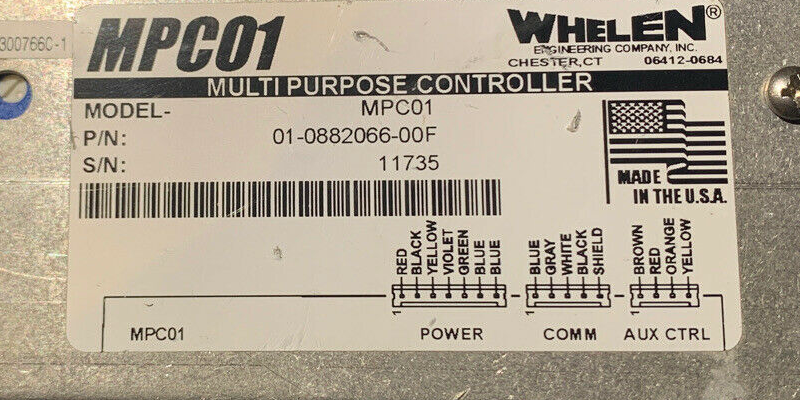 This system consisted of a MPC01 (Multi Purpose Controller), the BL10000 lightbar and the BL627 siren amplifier. This was the core system. What was unique about these products from the standard Whelen offerings is that each operated off of RS485 data stream at 9600bps sent from the MPC01 controller. This controller was programmed from a computer running DOS software and was interfaced thru a special box known as the “Transporter”.

One of the advantages to this RS485 data system is that it only requires one data cable (two wires, plus a drain wire) to each component. This eliminates running multiple 12vDC control wires throughout the vehicle. Due to the data nature of the system, you can daisy chain from one unit to another eliminating multiple runs of data cable from the MPC01. Depending on the component, you can have more than one of the same items in the system (two amps, four flashers, etc). 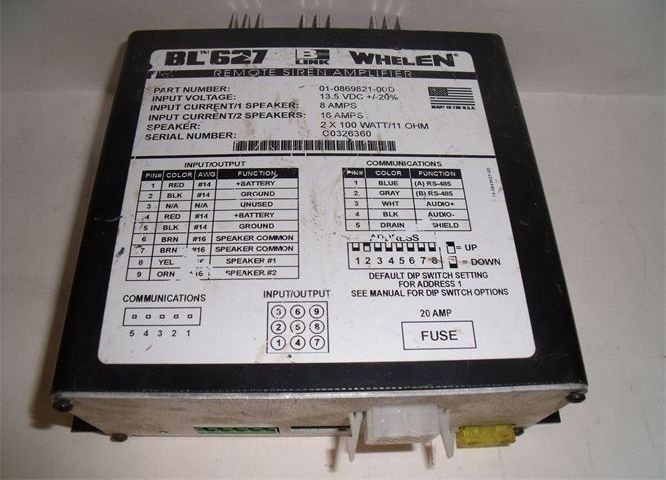 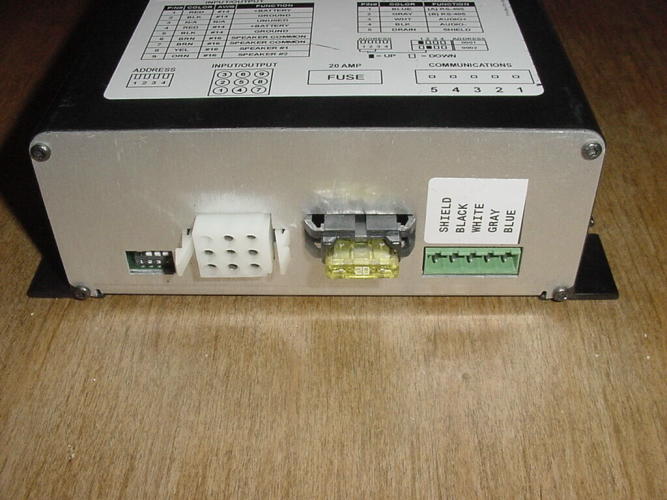 In the typical setup, the wires from the MPC01 will run directly to a BL627 siren amp. This is done as audio from the PA mic is routed to the amp via a 5 wire cable. After that, 2 wires are only needed.

What is nice about computer programming a control box, the MPC01 is able to have specific modes of operations for each component in the system on a per switch basis. For instances, you can program slide switch one to operate the front strobes of the BL10000 in a random pattern and the siren to automatically come on. You then could program slide switch 2 to operate just the front corner strobes, and the rear center strobe only. Many different combinations are possible. Each button can have specific programming that is unique to each other buttons. There is a higherachy to the programming in case you have multiple modules operating with different buttons. Slide switch has the highest priority, followed by the push buttons, with the auxiliary inputs as the 3rd. What this means, if you have push button 1 for front strobes, and slide switch 1 as all bar with strobes on a different pattern, the programming for SS1 will override whatever you have button one programmed for, in terms of the strobe operation. If push button 1 just turned on the takedowns and SS1 turned on as above, the TD’s will stay lit. They do not turn off any other function, unless programmed that way.

In addition to custom programming without having to rewire the entire lightbar, each component has built in real time diagnostics. If there is a failure of any component, the MPC will emit a fail tone (if enabled) and flash the LED light on whatever function is running. A manual “all systems: check can also be performed by holding down the last push buttons for 5 seconds. The system will then turn every component on in sequence. SI-Testing of the siren is also available.

Another feature of the MPC01/02/03 is the hands free lightning option. If the unit is in slide switch 3 position, and the siren knob is HF, any press of the MAN button and/or the horn ring will change the siren tone (if setup) and light options (if setup). Commons setups were the first press placed the strobe bars in to single flash mode with the yelp and faster wigwag and taillight flash patterns. To exit out of that mode, all you have to do is move the SS to another position or the siren knob out of HF. So essentially, you can have 4 different modes of operation in the SS3 position and HF mode.

The MPC01 contains the following controls:

Currently, the MPC can be programming with Windows based software called “SC Programmer”. 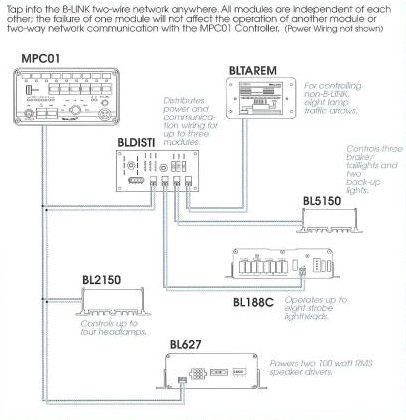 MPC01 – Multipurpose Controller. This is the heart of the system

MPC02 – Same as the MPC01, but omits the siren controls and replaces the airhorn and manual buttons with traffic advisor and low power buttons

MPC03 – This is the “Cencom” style head and newest controller. This head does not require the “Transporter” interface box and can be programmed via a USB cable

BL627 – Siren amplifier. This siren allows for up to two 100 watt speakers, and has the same tone set as the 295 series sirens. In addition to the 295 tones, you can program (via the MPC01/03/NFPA) “composite tones” for wail, yelp, high low and tri-tone. As of 2008, a newer version allows for dip switch control of siren tones such as Power call tones, and the “Q” sound. Up to two siren amps can be installed in a system and allows for in or out of phase tones and multiple tones (one per amp at a time). The pre “new tones” amps can be spotted with it have a 4 position dip switch. The newer model has an 8 position dipswitch.

BL2150A – Current headlight flasher. This works the same way as the standard 2150A’s which isolate the lights from the vehicle

*Multiple flash patterns can be used

*Multiple flash patterns can be used

BL420A – Four outlet power switch, 20 amps per outlet. Also able to be used as a flasher

BLTA – This is an 8 lamp traffic advisor. If using a BL10000 lightbar with all rear strobes, you can use the lightbar arrow and this traffic arrow at the same time. This does not work when using an Ultra bar – one or the other in that case.

BLTAREM6 – Same as above, but for 6 lights

BLDISTI – Power Distribution Module. If you have a very large installation, you can locate them all in one place, and connect them to one power and data source instead of running multiple power wires to the battery.

BL8140 – This is a high powered relay box. No flashing. This allows control of high (or low) current control of non-serial products. Depending on current needs outputs can range from 40 amps to 10 amps depending on the outlet(s) used.

There have been several lightbars made available that will work with the serial controllers. Perhaps the best and widely known lightbar is the BL10000 bar with its unique appearance. This bar can be instantly recognizable by its black cover on the top of the bar. It has the same basic form factor as the Edge 9000 series however it’s much wider than the Edge 9000, and slightly wider than the Edge Ultra.

The BL10000 was available in the following configurations:

So now you’re asking, what is the difference between halogens and immobilizers? Simple…no clue! Both are halogen lights to my knowledge, and are capable of steady burn, single or double flash. Other than that, I really don’t know.

The bar is cable of synchronized or “out of phase” strobe patterns and a backlit sign and cruise lights were an option. Integrated into the BL10000 was the ability to do strobe traffic advisor patterns. No matter how many rear strobes you had, it could to left/right/split/in-out. Of course, more strobes you had to the rear the better it looks.

Up to three can be selected per mode which it would rotate thru.

Around 1999/2000, when the newer Edge bars were released, the Edge Ultra for serial communications (Edge Ultra SC) replaced the BL10000. This bar could have just about every option that the normal Ultra bar could have. Same goes with the LFL Patriot SC, LFL Liberty SC, LFL Liberty ST (extended corner liberty) and the Freedom Series. As with the BL10000, if you have fully populated rear strobes, the Ultra bar can support a strobe TA. If you desire a split TA or a full halogen TA, an internal T/A controller will have to be bought and installed (unless order from the factory that way).

A few off shoots of the SC series have been developed that do not require a MPC controller. These would be the Smart Arrow messengers (which can be interfaced into the same data stream, reducing wiring).

For a time, Whelen made a low cost product based on the serial protocol. These were the “Diagnostic” bars and controllers known as the PSDS-9 units. The controllers look just like the PCC-9 series switch boxes but have a red LED light over each push button. If there is a lightbar component failure, the LED will light up to let the user know that something is wrong. To my knowledge these were only factory and not field programmable. Major customers of these were the Connecticut State Police and the Ohio Highway Patrol.

The current byproduct is the WeCan lightbars. They used the same data wire system from the lightbar to a “universal control point”. This control point is programmed via WeCan software, but the bar is then switched using normal means. 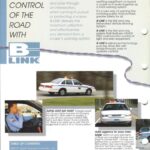 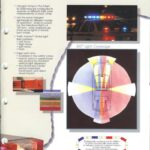 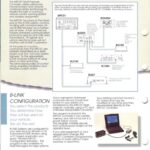 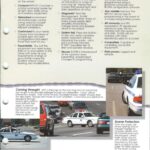 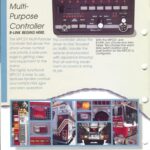 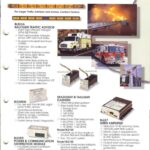 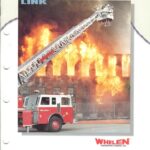 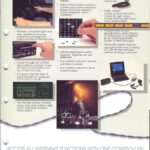 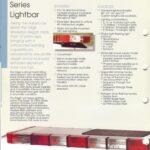 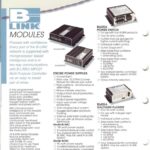 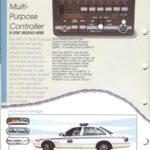 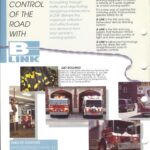 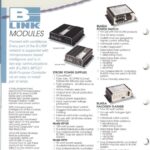 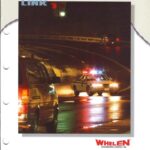 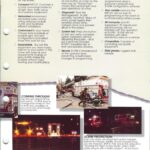 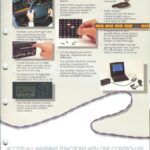 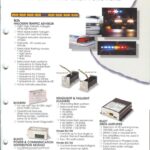 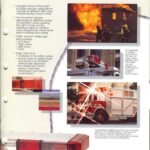