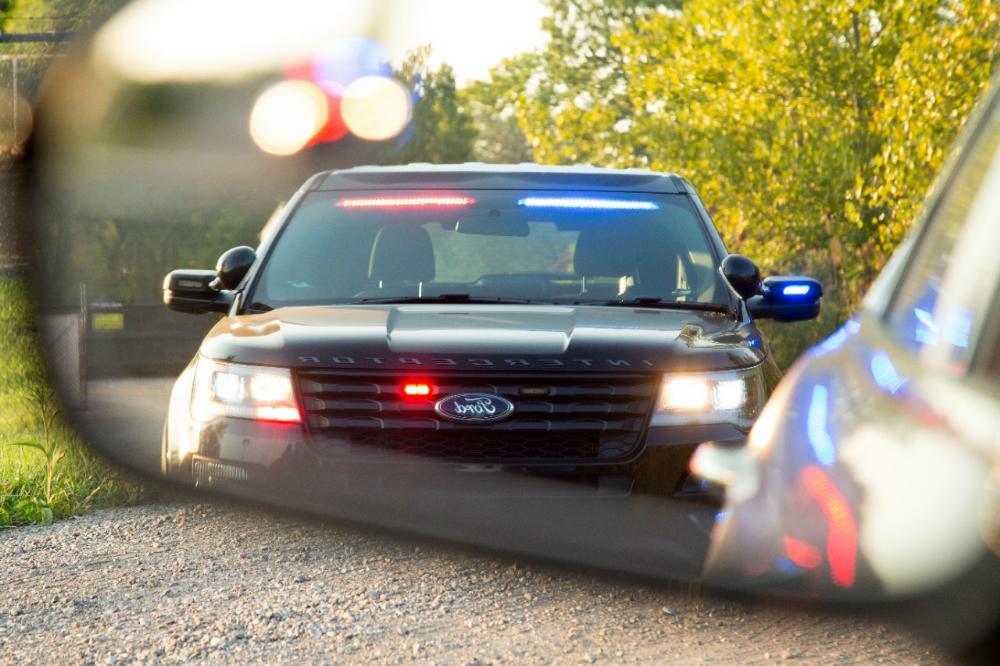 According to Jalopnik, members of Ford’s African Ancestry Network (FAAN) employee resource group have circulated a letter asking the company to “cease development, production, and sale of all custom police vehicles and products.”

Other employees have since signed onto the letter (though it’s unclear how many) and they want the company to take some kind of action by July 15th, 2020.

“We cannot claim to support the fight against systemic racism while supplying and supporting the very systems that perpetrate violence against Black Americans,” the group wrote.

“Throughout our history, the vehicles that Ford employees design and build have been used as accessories to police brutality and oppression. We know that while many join, support, or supply law enforcement with good intentions, these racist policing practices that plague our society are historic and systemic — a history and system perpetuated by Ford for over 70 years — ever since Ford introduced the first-ever police package in 1950. As an undeniable part of that history and system, we are long overdue to “think and act differently” on our role in racism.”

Ford’s police vehicles account for roughly 62 percent of the law-enforcement market. Ford CEO Jim Hackett replied to the concern in the following letter.

As we meet weekly in our Global Team Huddles, invariably there are questions that don’t get answered given the short time we have together or simply would be better addressed offline. One question I want to address with this Huddle is whether Ford’s development of police vehicles is a good idea given the spotlight on social justice and police reform.

First, it should be clear both Bill Ford and I believe deeply that there is no room for the systemic repression and racism that have been exhibited by law enforcement encounters gone wrong. We’ve said clearly that Black Lives Matter and I am personally driving a review of our Diversity and Inclusion rituals, practices and behaviors. We do believe strongly that more transparency and accountability is required in police operations.

Second, we also believe the first responders that protect us play an extraordinarily important role in the vitality and safety of our society. Our world wouldn’t function without the bravery and dedication of the good police officers who protect and serve. But safety of community must be inclusive of all members and today, it is not.

Holding these two thoughts together in one’s mind is possible, but now there is tension. It’s our belief the recent issues surfacing from the George Floyd tragedy are bringing a very intensive and necessary spotlight on police training and reform. In fact, I sit on the Business Roundtable, an organization comprised of CEOs from America’s leading companies, which has committed its shared energy to the work on police training and reform.

All that said, I have received several emails from employees and others in the public, and have read comments in social media, imploring Ford to reconsider the production and sale of police vehicles. Given the environment, we must constantly make sure we are helping to make progress. After reflecting on this, I see two key lines of thought:

I. It’s not controversial that the Ford Police Interceptor helps officers do their job. The issues plaguing police credibility have nothing to do with the vehicles they’re driving. In fact, as we imagine the future power of our connected vehicles, smarter Ford vehicles can be used to not only improve officers’ ability to protect and serve, but also provide data that can make police safer and more accountable. Just think, dating back to the Model T, Ford has more than 100 years in serving first responders and that leadership over the decades has been earned by co-developing our purpose-built vehicles and technologies with police and emergency agencies to make our vehicles the number one choice.

II. By taking away our Police Interceptors, we would be doing harm to their safety and making it harder for them to do their job. Again, this is why, given our insights, new capabilities and leadership, I believe these unfortunate circumstances present Ford with an even greater opportunity to not only innovate new solutions but also leverage our unique position to support the dialogue and reform needed to create safer communities for all.

For these reasons we will do both: continue to be a powerful voice for Black Lives Matter, holding ourselves accountable for significant change, while also continuing to help keep communities safe by producing Police Interceptors and partnering with law enforcement in new ways to strongly support the safety for all members of society.

I do appreciate people speaking their mind to me on this issue—it helped me generate this note to explain why we are continuing our commitment to police forces all over the world in our trusted products. Thank you for caring so deeply about the Company and our people, and for all you do for Ford.