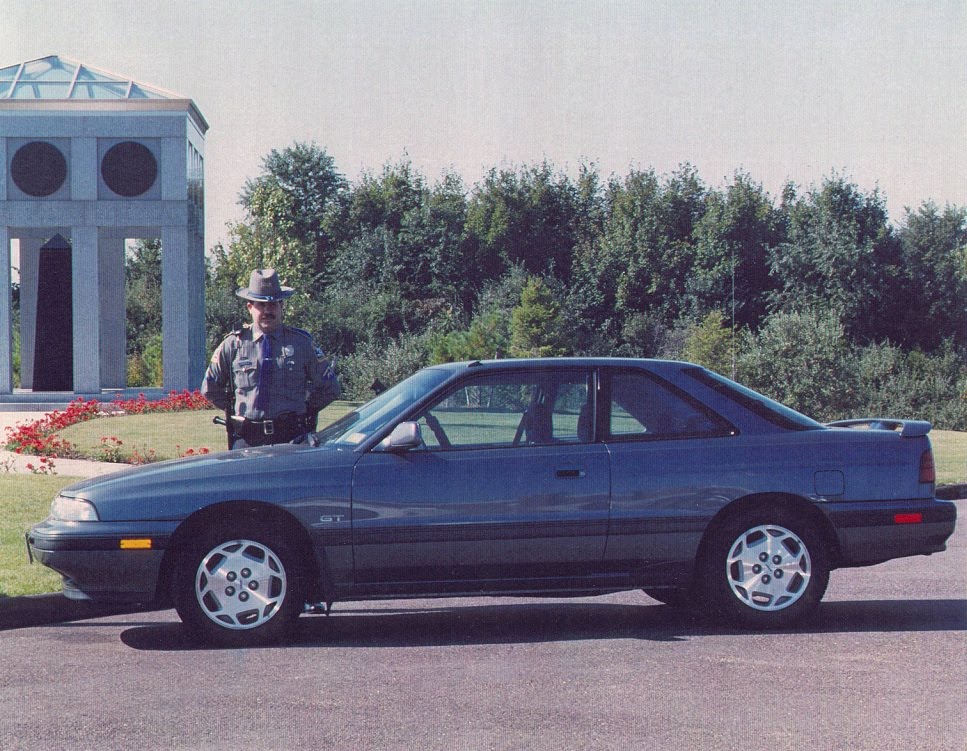 Connecticut is serious about enforcing their speed limits. In addition to the traditional full size Ford police cars, they’ve also used unmarked Ford Mustangs and even a Buick Grand National.

These cars could be difficult to handle on wet and snow covered roads, so it led Connecticut to search for a new high performance car for a patrol vehicle.

The new patrol vehicle would have to:

They eventually settled on the Mazda MX-6. Connecticut considered the Ford Probe, but it’s shorter and wouldn’t fit taller Troopers. Also, the door is 4-inches longer and represents a hazard when opening the door in traffic.

The only significant modification for police duty was a stronger alternator. They had automatic transmissions, ABS, and topped out at 120 miles per hour. Acceleration was more of an asset than top speed for chasing baddies because the state is so small, congested, and because the next trooper is just a few miles ahead.

At least 30 Mazda MX-6s of different colors were used by the Connecticut State Police. They replaced 5.0 Mustangs and Buick Grand Nationals for speed enforcement duty. 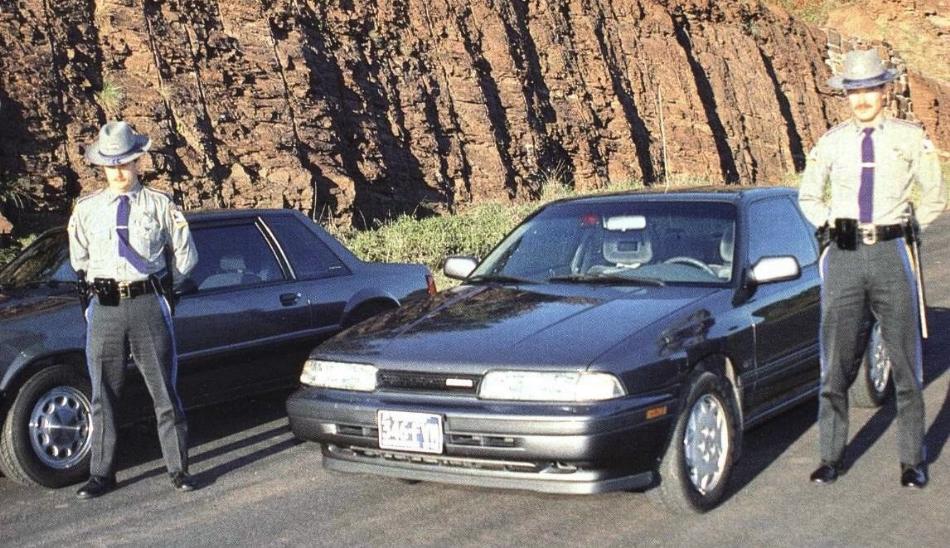 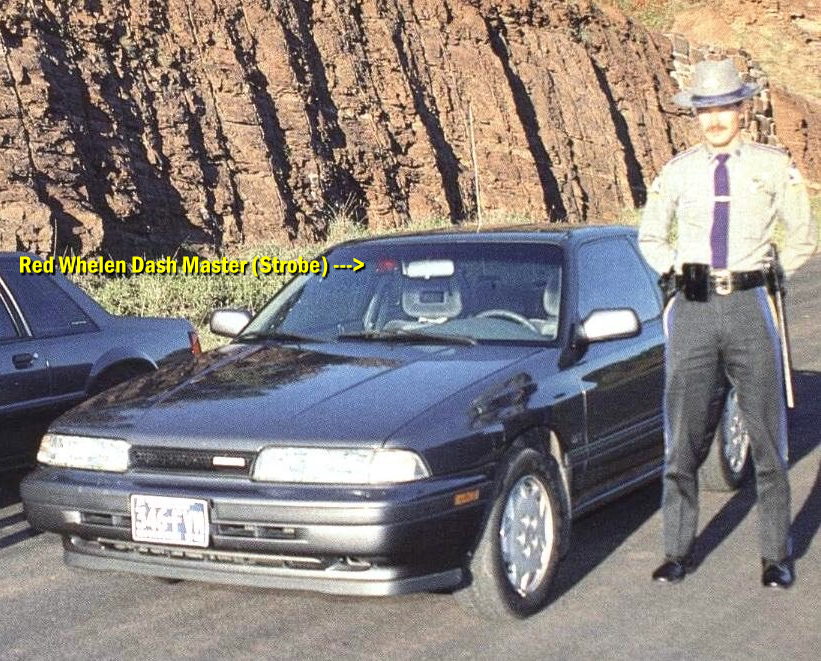 Note the red light at the top of the windshield on the passenger side. This appears to be a Whelen Dash-Master strobe light. It’s probably clipped on to the visor. The same type of light is probably in the rear window as well. 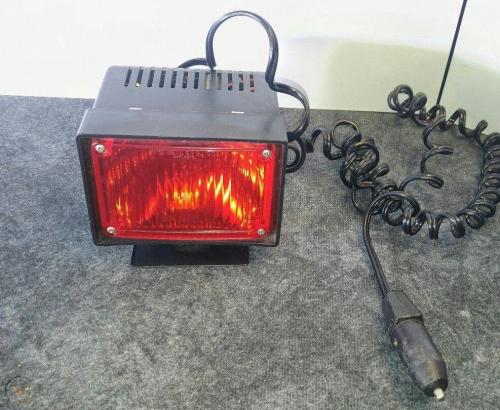 There isn’t a RADAR unit or RADAR antenna visible on the dash, so this car is probably equipped with VASCAR. VASCAR (Visual Average Speed Computer And Recorder) is a type of device for calculating the speed of a moving vehicle. A VASCAR unit couples a stopwatch with a simple computer. An operator records the moment that a vehicle passes two fixed objects (such as a white circle or square painted on the road) that are a known distance apart. The vehicle’s average speed is then calculated by dividing the distance by the time. VASCAR can be used from a moving or stationary patrol vehicle, and the target vehicle may be travelling in the same direction, in front of or behind the officer. It can be approaching from the front, or even on an intersecting highway. This technique can also be used to determine a vehicle’s speed from helicopters and other aerial platforms. 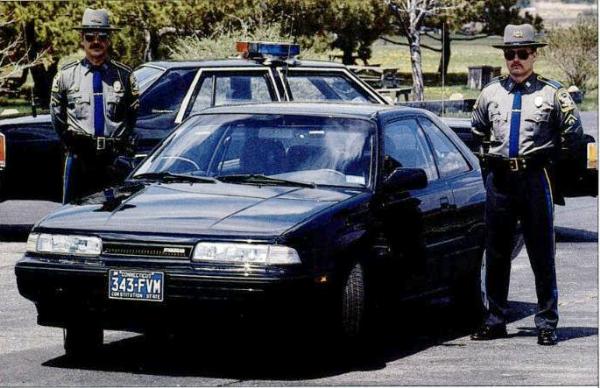 According to a 1989 National Criminal Justice Reference Service abstract: 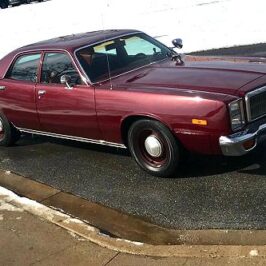 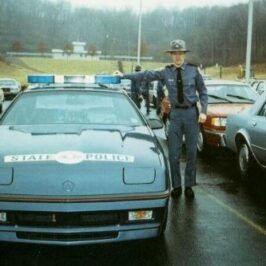